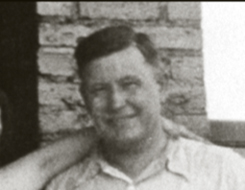 Harlan was a loser. He’d lost his Dad at the age of 5, and for the next 6 decades things only seemed to get worse. He dropped out of school at 12, and hit the road at 14. He worked as a streetcar conductor and farm hand and hated both. At age 16 he lied about his age and joined the army and, boy, did he hate that! A year later he left the army and became a blacksmith, then a fireman for the railroad. He liked that, and would have stayed there if they hadn’t fired him.

To make matters worse, his wife took their daughter and left him – and then came the Great Depression. He studied law by correspondence, but dropped out. Over the next many years, he worked a series of odd jobs at the railroad, sold insurance, sold tires, ran a gas station, and operated a ferry boat. It looked like his luck had turned when he opened a restaurant and it thrived. But then the new Interstate Highway bypassed his establishment and business fizzled. He sold off everything, and after clearing his debts he was penniless.

Harlan couldn’t win for losing. As if to rub salt into his wounds, the US Government sent him his first Social Security check when he turned 65. It was as though they had announced “Game Over!” and indelibly cemented his status as the consummate loser. But that $105 check changed something in Harlan. It actually angered him, gave him the determination to make one more try at success. No way was he going to just fade off into the sunset as a ward of the government! And so Harlan – Harlan Sanders – took that measly check and used it to start a little restaurant called… Kentucky Fried Chicken.