WHICH CAME FIRST, THE HAPPY EGG OR THE SUCCESSFUL CHICKEN? 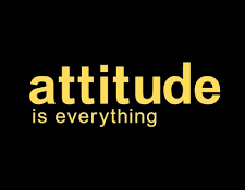 In 2006, New Age self-help guru Rhonda Byrne published her international best-seller, The Secret.  The thesis of that landmark book is that a proper attitude reverberates within and through a person and resonates with the cosmos, setting in motion “The Law of Attraction.” This mysterious “natural law” effectively obligates the universe to bestow all good things on the person who emitted the good vibes. Byrne describes this mystical power as a type of magnetic attraction emanating from one’s thoughts.  Like a transmission tower, it sends a positive “frequency” into the universe, which then returns it in the form of material wealth and success.

There is only one problem with The Secret: it’s utter nonsense. It represents the type of New Age gobbledygook that sells a lot of books (21 million and counting!) but only works for the person who collects royalties from their sales. Indeed, one might well argue that Rhonda Byrne’s good vibes have made her fabulously wealthy and caused her speaking fees to skyrocket. But her message is nonetheless absurd. She’s bent the truth so much that I refer to it as “The Law of REfraction.” Lest you doubt me, let me remind you of a memorable episode from the movement.

Byrne’s colleague in preaching the Law of Attraction was James Arthur Ray, author of his own bestseller, Harmonic Wealth. As the title suggests, wealth supposedly comes as the reward for “harmonizing” one’s thoughts with the universe.  It worked out very well for Ray until 2009, when he inadvertently caused the deaths of three people in a sweat lodge in Sedona, Arizona during one of his “Spiritual Warrior Weekends.”  And what was he teaching his followers that fateful day? Why, The Law of Attraction, of course! As the guru of the group Ray was presumably sending out all of the right vibes, so why did he attract that catastrophe and wind up in prison for two years? The answer is simple: he didn’t “attract” that any more than you can “harmonize” your thoughts with the frequency of the universe. The Law of Attraction is just motivational psychobabble.

Byrne’s and Ray’s formula for success reminds me of the televangelists who preach their “seed faith” message: by sending, say, $20 to the struggling religious television network not only will the station’s satellite bill be paid (keeping the message flowing), but the giver will be rewarded many-fold as God sends $100 or  $200 to the donor from mysterious and unexpected sources.  To “prove” that the formula works, the preacher tells the story of how he put his last $10 in the collection plate many years ago and a week later a rich person gave him the money he needed to start his television ministry. Three decades later the preacher wields immense power, possesses millions of dollars in television equipment, drives a nice car and dwells in a large house.  Still, however, he keeps begging for more $20 donations!

When I hear these pleas, I always wonder, “Why doesn’t the televangelist just send each of his viewers $20, so that God will send the preacher $200 for every one, allowing him to pay the satellite bill with lots of money to spare?  Why doesn’t he just donate the ten-million dollar studio to a different ministry, so the Lord will give him a hundred-million dollar studio? The answer is obvious: it wouldn’t work. “Seed faith” is just a baptized version of “The Secret.” They only work for the person selling the message, not for those buying it.

HAVE A COKE AND SOME BILE

These messages are seductive and alluring, not just because they are simple, but because they seem to possess an element of truth. The televangelist’s message does, indeed, contain a seed of truth: when you’re generous with others, people are more likely to be generous with you. If you help someone when she is in trouble, she may well get back on her feet and help you to a much greater degree when you are in dire straits.  In March 1991, the Marriott Corporation issued a statement that all of its hotels would serve only Pepsi products from that day forward. Saddled with debt, the hotel chain (which was one of Coke’s 10 largest customers at the time) had requested a loan from the massive Coca Cola Corporation. When they refused, Marriott severed a 20-year relationship with Coke and changed over to Pepsi. Thus, two million dollars in annual profits were moved from the company that refused to be generous (Coke) to Pepsi. But there’s nothing mystical about the process, is there?

People tend to believe the message of The Secret because it seems to work sometimes. Circumstantial evidence might lead one to buy into the Law of Attraction, but this is only because there is a quite straightforward reason that the evidence exists: a positive attitude usually improves your life. It does so for three very simple (and non-mystical) reasons:

So which came first, the chicken or the egg?  A raft of studies have demonstrated that success does not make people happy.  Even a lottery win of multiple millions only increases happiness for a few months.  To the contrary, results are conclusive that happiness creates success, not the other way around. So here’s a “secret” you can trust: discipline yourself to put a smile on your face and have a positive attitude, and success will usually follow. It’s not magic, but it makes life a more magical experience!