A SECRET ABOUT RHONDA BYRNE’S BOOK, THE SECRET 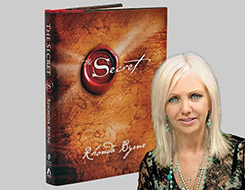 A SECRET ABOUT RHONDA BYRNE’S BOOK, THE SECRET
(Shhh! Don’t Tell Anyone, But It’s Utter Nonsense!)

A POEM BY BILLY RIGGS:

She preaches “The Law of Attraction”
But should issue a total retraction!
She gets rich on this drivel
As our wallets shrivel.
For us, it’s “The Law of SUBtraction.”

In 2006, Australian New Age self-help guru Rhonda Byrne released her international bestseller, The Secret, which quickly became one of the most celebrated motivational books of all time. It has thus far grossed more than $300,000,000 (yes, million!?!) in sales, was featured twice on Oprah, has been translated into 52 languages, and has spawned at least two films. One could hardly imagine a more ironic title. The “secret” is clearly out!

Byrne’s thesis is that when you have the right attitude you send waves of positivity into the cosmos like a radio transmitter, activating what she calls “The Law of Attraction,” effectively obligating the universe to bestow happiness, love and wealth upon you. You are, she teaches, a human magnet that psychically attracts whatever vibe you send out. There’s only one serious problem with The Secret: it’s complete rubbish! It’s the same old rehashed New Age gobbledygook that sells lots of books but only works in practice for those fortunate few who collect the book royalties. Lest you doubt me when I tell you that The Secret is a fraud, let me remind you of the message’s origin.

HEY, RHONDA! HOW ABOUT WRITING THE LAW OF RETRACTION? 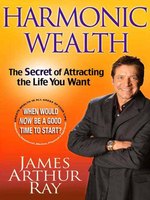 Ms. Byrne based her original film and book on an interview with American New Age self-help guru, James Arthur Ray. Ray is the author of Harmonic Wealth, which challenges the reader to learn “The Secret to Attracting the Life You Want.” When your mind is right, he teaches, waves emanate from within you and force the universe to lavish its wealth upon you. The message worked well for him. (It almost always works out very well for the one holding the microphone. For the listeners…, not so much.) He became fabulously wealthy and was poised for even more lucre until that fateful day, October 8, 2009. More than 50 people had ponied up roughly $10,000 apiece to come to Sedona, Arizona to participate in one of Ray’s “Spiritual Warrior Weekends,” to learn the Law of Attraction, to fast, feed their inner selves, and become Jedi Knights (okay, I made that last one up).

The culmination of the weekend featured an endurance test: a three-hour session in a sweat lodge fashioned after an old Navajo tradition. Participants stooped and filed in as Ray cavalierly warned, “You won’t die today, but you might feel like you’re going to.” The spiritual warriors sat crammed in the hut as hot stones were placed in the center and the temperature inside was reportedly raised to about 200 degrees. In contrast to his earlier statement, he enthusiastically told those huddled inside, “Today is a great day to die!” presumably referring to their spiritual death to be followed by a rebirth upon exiting the lodge. By 2:30 PM, some of the participants had passed out. One stopped breathing and was dragged outside by a friend. In the aftermath, three of the attendees died and 18 more were hospitalized. Ray was convicted of negligent homicide and spent 18 months in Arizona State Prison in Buckeye, “attracting” James Arthur Ray at Arizona State Prison(see what I did there?) the moniker “Death Ray.” He lost his freedom, his reputation and his millions, and reportedly failed to pay a multimillion-dollar attorney bill. He lost a massive lawsuit to his victims and their families (I call this “The Law of ClassAction”). My question for you, my reader, is this: since Ray was presumably sending the right messages to the universe, why did he attract such a horrendous outcome? The answer is simple: he didn’t. The Law of Attraction is merely a misguided and perhaps cynical attempt to repackage the quite natural Law of Cause and Effect into something strangely mystical and hugely marketable. 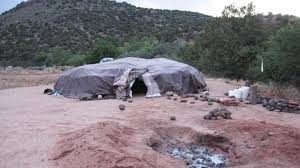 THE LAW OF DISTRACTION

People fall for The Secret and similar bilge because it seems to work. It has the ring of truth to it for one simple reason: having a great attitude almost always improves your life. But – take it from a magician – there’s nothing magical (or even metaphysical or paranormal) about it. To believe otherwise is to fall for Ray (and Byrne’s) misdirection. The magic of attitude is that it isn’t even remotely magical; it is utterly normal and predictable. Having the right attitude makes your life better for 3 reasons:

THE LAW OF REFRACTION

It changes the way you feel. For many years I’ve made it my practice to put a positive spin on the irritating or unpleasant events that befall me (except, of course, tragedies that involve injury or loss of life. In those cases a cheery disposition is completely inappropriate). I spoke in Oklahoma for the National Guard a few years ago. The three-hour training event was held in a huge office building and, shortly before the fifteen minute bathroom break that bisected my talk, I started to crave a Mountain Dew. I’ve loved that soft drink ever since I was introduced to it as a boy by my cousin, Tommy. However, it contains tons of sugar. I know it’s bad for me so I try to resist the temptation to imbibe as often as I can. But at the moment I longed for the sugar and caffeine shot; I needed to “Do the Dew!” The Pepsi machine I had seen upon entering the building earlier that day was beside the front door – at least a five-minute walk from where I was speaking. The round-trip would occupy almost the entire break, so I headed there immediately. When I arrived at the machine, though, I was dismayed to find that it accepted coins only – no bills! My beloved Dew was so close… and yet so far. I had no change on me, and no time to find any, so I headed briskly back to the training room to finish my speech. Had this same turn of events occurred years earlier, I might have returned in a bad mood, frustrated that I had wasted the whole break on a fruitless mission. But the more mature Billy Riggs simply put a positive spin on the whole affair. I told myself: “I surrendered to temptation and still didn’t get the sugar! And I probably burned off 40 calories walking there and back!” I chose to interpret the event in a positive light. The circumstance that could have made me unhappy instead makes me celebrate. I call it the Law of Refraction: I just look at my circumstances through a different lens, from a slightly “bent” perspective, and voila! I’m happier.

THE LAW OF ACTION

It changes what you do. What you focus on does, indeed, tend to become reality around you simply because you’re focusing on it, and therefore doing the things and meeting the people that align with your goals. No mystery there. Moreover, people with great attitudes try more things. If friends invite you out to dinner for Thai food (not your favorite), your response might be dictated your attitude. A person with a positive outlook says, “Sure! Why not! I’m not a fan of Thai food but I’m sure I’ll find something I like on the menu. Besides, the conversation will be fun.” Even if you don’t enjoy the food, you at least get out of the house, you build friendships, you laugh and make plans to get together next week for cuisine that you love. If you have a negative attitude, you’ll probably decline. You’ll think, “I won’t find anything I like and that’ll put me in a bad mood and I’ll have a horrible time.” You’ll instead sit home alone and bored thinking “No one loves me!” And you’ll be right! You bring it on yourself by choosing to see life as a glass half-empty.

THE LAW OF REACTION

It changes how others react to you. When you have a great attitude, people respond to you differently. They are more likely to befriend you, date you, hire you, promote you, give you raises, invite you to parties, marry you or stay married to you.

Forget the Law of Attraction. It’s just the Law of Cause and Effect in disguise. When you have a great attitude you quite predictably build a better life for yourself. No magic here.

1 thought on “A SECRET ABOUT RHONDA BYRNE’S BOOK, THE SECRET”