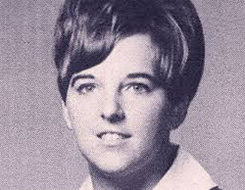 One of the most important lessons a boss can learn is this: hire slowly; fire quickly. Take great care to find the right people for the right positions. Invest enormous amounts of time in the interview process, give personality tests to applicants, examine college transcripts, and call every reference. Then, even more importantly, don’t believe the references!

Applicants will almost never give you the names of people whom they believe will deliver a negative review of their performance or character. Often, references are friends or relatives who have a vested interest in helping the applicant find a secure, high-paying job. As a result many of them lie, or at least fail to tell the whole truth. When communicating with a reference, always do it in person or on the phone, not just via email.

References who have time to write an email might painstakingly craft ways to creatively word sentences in such a way as to leave the false impression that the applicant is fantastic without actually telling an outright lie. On the phone, you can listen for hesitancy in the voice, hemming and hawing, uncertainty, groping for ways to compliment the person, and disclaimers. Ask (if it’s legal in your state), “Can you think of any reason that I might regret hiring this person?” Or, “Would you rehire this person if you had to do it again?” If the reference hesitates for even a second before answering, you know they’re trying to think of a way to mislead you. 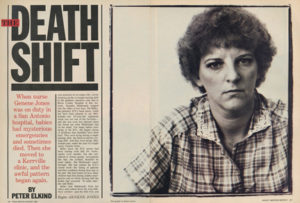 On October 30, 1978, Bexar County Hospital in San Antonio, Texas hired a Licensed Vocational Nurse (LVN) named Genene Jones to work in their pediatric intensive care unit. Shortly thereafter, mysterious emergencies and strange deaths began to occur. Over the next 3 years, more than 50 children suddenly died without explanation, and only when under the care of Nurse Jones. The hospital administrators easily ascertained that the only common denominator among the many deaths was Jones’ presence, but lacked any hard proof that she was a murderer.

Fearing a lawsuit if they fired her, they instead reassigned her to a desk job and the deaths ceased. Apparently, murdering children was very important to Mrs. Jones, so she began looking for another job and found one. She became the nurse for a pediatrician who had just opened her own practice in nearby Kerrville, Texas. Suddenly the strange emergencies began to occur there, too.

Before long, police found evidence that she had been injecting the children with overdoses of a drug that made it difficult for them to breathe, and the evil woman was arrested and convicted. When interviewed on television, the doctor was asked why she would hire a nurse with such a horrible track record. Her answer was chilling: “Because the hospital gave her a good reference.” Read that answer again, and let your blood run cold.

The hospital administrators, fearing bad publicity and certain that they would be sued by 50 sets of grieving, furious parents (and probably Genene Jones, herself!?!), chose instead to give her a positive reference!

While I’ve never found this tidbit of information in any of the news reports, I strongly suspect that the hospital’s “good reference” was a carefully-worded written one praising her punctuality, neatly-pressed uniform, and work ethic, conveniently omitting the part about mass murder. Had the doctor in Kerrville bothered to call the hospital, however, the hesitancy in each reference’s voice would most certainly have been apparent, if not palpable. When contacting references you must read between the lines. Ask yourself, “Is this person joyfully gushing with praise for the applicant?” Or do you sense that they are sitting in a chair with furrowed brow, wishing they hadn’t been put in the awkward position of having to lie to help out a friend? Don’t hire the candidate if references pause before answering these questions:

“Would you hire this person to work for you, knowing all you know about him/her now?”

“Is there anything you’re not telling me that I would want to know?”

“Are there any questions you’re hoping I don’t ask?”

Whenever there is an awkward silence for a second or two before answering, you can be certain the person on the other end of the call is attempting to fashion a statement that will be technically true while still leaving you with a false impression. This lie-building project requires a couple of seconds, with the result that the answer unfolds slowly, haltingly, lacking enthusiasm and conviction because the story is being crafted on the fly. A fully candid response, however, will be delivered immediately, fluidly, and off the cuff. Hiring must be done slowly to increase the odds that you will hire just the right people. However, you will still make mistakes.

Be sure, when allowable by law, that you build into every employee’s initial contract a stipulation that he or she may be fired without cause for the first year. When it becomes apparent that a given employee is not helping the organization (whether due to lack of skills or a bad attitude), you must release them instantly. This is not to say that you should be cruel or heartless, or seek to humiliate the individual. On the contrary, you should be kind and compassionate, providing them a severance package and help in finding a new job more suited to their talents and interests.

But one thing is certain: you will never build a great organization if some of your people are rowing the opposite direction from everyone else. When an employee is actually hindering progress, you have to hire a good employee just to counteract the negative influence of that one bad apple and the result is a wash, like two equally-strong athletes playing tug of war for years on end. In effect, you are paying two staff members to achieve precisely zero, when averaged out. Once you eliminate the negative influence from the workplace, the drag is thus removed and forward momentum becomes possible again. You will never be a great leader unless you have the ability and willingness to fire people.