IT’S FUN-DAMENTAL: HOW TO MAKE IT ENJOYABLE FOR YOUR CUSTOMERS TO BUY FROM YOU 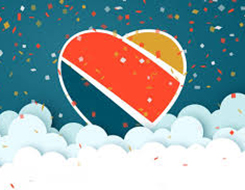 Companies who are able to transform customer interactions into fun experiences gain a huge advantage over those who don’t or can’t, because patrons find themselves eagerly anticipating their next opportunity to visit their establishment, purchase their product, or utilize their service. Even better, they bring their friends and relatives back with them in order to share the fun and experience it again vicariously through others’ eyes. They also mention your business in conversation and encourage others to do business with you. Unlimited by the normal course that inspires a customer to patronize a business only when they need to, these companies enjoy the luxury of having customers want to come as often as they can. Most companies strive only to ensure that customers have a painless experience, but making customers smile or laugh will elevate a shopping trip from the status of an errand into an experience. In this vein, the product is no longer the item or service being sold; it is the experience enjoyed in the process of purchasing it.

Of course, the Disney companies represent the quintessential example of this principle. Families plan years in advance to vacation in Orlando (or Anaheim, Paris, Hong Kong, or Tokyo) and spend thousands of their hard-earned dollars there. Kids eagerly ask their parents, “Can we go this summer?” Disney is the master of The Magic Touch. (They even call it “The Magic Kingdom.”) Any entertainment-related company naturally fulfills (or at least aims to fulfill) the fun aspect of customer service. Movie theaters, theme parks, arcades, television stations, parks, etc. are in the business of creating fun. However, one doesn’t have to run a water park or video arcade to make spending money something that amuses. Sometimes, a company can create a culture in which buying a shirt or a flight or a meal can be made enjoyable rather than merely satisfying or cost-effective.

Southwest Airlines is legendary for encouraging flight attendants to turn the boring, boilerplate preflight spiel into a stand-up comedy routine. Romano’s Macaroni Grill places crayons and paper on every table, even requiring waiters and waitresses to learn to write their names upside down on the (disposable paper) tablecloth when introducing themselves to diners. They then leave the crayons, thus inviting you to entertain yourself by drawing whatever you like. Cracker Barrel restaurants place a fun puzzle on every table enticing customers to test their skills, thus also making the wait for their food to be served seem shorter. Joe’s Crab Shack applies temporary tattoos on children’s arms. The Rainforest Café features an entrance beneath a smoking volcano that “erupts” from time to time. Inside, audio-animatronic animals come to life and dance at regular intervals. Hard Rock Café decks its walls with memorabilia from rock and roll legends. The Alamo Drafthouse movie chain runs hilarious videos before the standard previews begin to roll, inviting customers to come early and laugh instead of sitting bored in their seats checking email, or timing their arrival to coincide with the end of the previews of coming attractions. Just for Feet dominated the shoe business in the 1990s by installing a basketball court in every store so that customers could test their shoes before buying them. I blend my motivational speaking with comedy and magic to ensure that audiences laugh and are amazed as they learn and are inspired.

P.T. Barnum (of circus fame) remains today one of the greatest marketers of all time. In 1841 he purchased a failing museum on Broadway Street in Manhattan called Scudder’s American Museum. The establishment had lost money for three straight years when Barnum acquired it and renamed it “Barnum’s American Museum.” He illuminated the building with a green glow. He filled the “museum” with a combination of live animals, scientific exhibits, “freak show” fare, a wax museum, a lecture hall, a flea circuit, novelty acts, and a theater. It housed a beluga whale in a huge tank, a rifle range, an oyster bar, dancing bears, and a trained seal. During the twenty-four years it was open (it burned down in 1865) 38,000,000 tickets were sold, a figure that exceeded the total U.S. population of 32,000,000. Its highest single-day attendance (in a single five-story building) was 15,000, about half the normal daily attendance of Disney’s Magic Kingdom, which occupies 90 acres. Within 18 months of purchasing the property, the museum had repaid all of its debts and was making Barnum fabulously wealthy. Why? He was selling fun.

Other than a few friends who might purchase something from you they don’t want or need because they love you, there are only two things people will ever buy from you: solutions and feelings. People buy solutions to their problems. When their kids are hungry, they buy food. When the dishwasher breaks, they hire a repairman or purchase a new one. When they need a package delivered to someone hundreds of miles away, they pay UPS to take it there for them. If a man has to attend a funeral in a distant city, he purchases a plane ticket and rents a car when he arrives. When a woman sees roaches in her pantry, she pays someone to come kill them. When I’m sick, I fork over my money to the doctor. In each case, the problem gets solved. However, no one wants to spend their money on such things; they have to. But they’d much rather spend their money to produce the feelings all human beings crave.

When I’m bored, I buy a ticket to a movie, play, or concert. I do this because I hope the purchase will change my negative feelings into positive ones. But if the show I attend is bad, I feel I’ve wasted my money because it didn’t improve my mood. It might have solved my problem by filling an unoccupied evening, but it didn’t create the sense of escape and wonder I expect from a great production. It didn’t thrill me or make me laugh. There was no exhilaration or suspense or empathy created within me. I wasn’t expecting to merely purchase a way to kill
time; I was anticipating a feeling of magic. I wanted to leave the theater with goose bumps, out of breath and gasping, “Wow!”

Customers purchase emotions with their money. When life gets too stressful, they call a travel agent and book a cruise or a vacation. Or they buy a motorcycle and speed down back roads with the wind whistling by their ears. Or they purchase a new fishing rod and drive up to the lake for a weekend. They part with their hard-earned money for the fun, the relaxation, and the excitement, not the trip, the bike, or the rod and reel. When a person is sore, he or she books a massage expecting to luxuriate in the oils, lotions, soothing music and pain relief. After the neighbor’s house gets robbed, they buy a security system and pay someone to install it. But they aren’t buying the sensors or cameras; they are purchasing the feeling of safety. Similarly, they acquire insurance not for the policy, but for the peace of mind, the freedom not to worry. Good salespeople sell feelings. They sell fun whenever they have the opportunity.

I’ve studied humor for years. In fact, almost 20 years ago, I wrote a book called The Twelve Immutable Laws of Humor describing the dozen factors that make a person funny. Humor is a tricky business because politically correct hypersensitivity has amplified the risk that hearers might become instantly offended. However, if you can discipline yourself to use only jokes that are firmly ensconced in the ever-narrowing safe zone, using humor can increase your sales. A decade ago MBA students at Rutgers University, Lehigh University, and DePaul University conducted a study in which contract negotiations were begun by first sending the customer a Dilbert cartoon, one that had been carefully screened and adjudged to be both funny and inoffensive. Results were compared against a control group who conducted their negotiations as normal (that is, without the cartoon). Just the simple gesture of lightening the mood at the beginning of the sales negotiation process increased sales by 15%. The level of satisfaction on both sides also increased, and participants tended to start the process by offering more reasonable terms for the transaction.

I once heard a waiter brag that he always told his customers a funny joke just before leaving the check in the table, and he received more in tips than all of the other wait staff. Jenna McNight, a blogger who is also a customer of Zappos (an online shoe retailer), recorded the following interaction with the company:

Zappos: We’ve successfully received your Zappos.com order, and our elves are working double-time to get it ready to ship. Did you know that elves work at twice the speed of humans and only require sugar for nourishment? It’s a fact.

Jenna McNight: I will be sure to put sugar in my payment envelope. I hope your Receiving Department shares it with fellow workers.

Zappos: I’m sure they will share, after all, elves are excellent sharers.

The lesson to be learned is that injecting humor into your business transactions improves trust, increases sales, and relieves tension.

It should be noted that humor is not a substitute for great customer service. An employee’s jokes and antics might actually be off-putting when service is bad, as customers may assume that they are interacting with a clown who doesn’t take his or her job seriously. Humor, for this reason, must be well-timed and used to elevate great service to an even higher level, not to excuse or make light of mistakes. Moreover, in some cultures humor is deemed inappropriate in the workplace and might actually harm the negotiation process, so be sure to do your homework before taking your vaudeville act/sales presentation overseas. The other danger is that the same shtick repeated over and over becomes stale and loses its effectiveness with time. The first few times I heard a Southwest Airlines flight attendant turn the preflight safety talk into a stand-up comedy routine, I found it entertaining.

However, after twenty-plus years the same old jokes have worn thin. While I’m sure they leave a positive impression on those who fly only rarely, I suspect that those who fly Southwest Airlines all the time find it annoying. Since I’m a loyal United customer, I find myself on a Southwest Airlines flight only 2 or 3 times per year, and I make it a point to put on my headphones and listen to an audio book during the “performance.” I’m of the opinion that the airline should ban certain jokes that have been used so often that they are predictable and routine. The one-liners should be refreshed regularly. I did, however, hear a new one recently. As I boarded a three-fourths empty SWA flight the attendant remarked. “We request that all passengers take a widow seat and press your faces firmly to the glass so that our competition will think we’re full.” The entire plane burst out laughing! Make people laugh, and you raise their estimation of your company accordingly.