“WOW-MANSHIP,” THE ART OF DAZZLING YOUR CUSTOMER 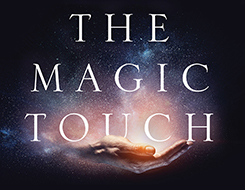 WOW! I was floored. After more than 20 years as a loyal AVIS Rent-a-car patron, I was transformed into a Hertz customer in a solitary magical moment. It was my practice to always rent my cars from AVIS. Their service was consistently stellar and on those rare occasions that it wasn’t they corrected their mistakes immediately and flawlessly. But on this one trip to Jekyll Island, Georgia, AVIS was sold out so I had reserved my car with Hertz. Upon my arrival in the Jacksonville, Florida airport, I walked to the Hertz kiosk, but was unable to find my driver’s license. I had shown it to security before I got on the plane but didn’t have it when I got off. To this day I have no idea what became of it. But I’m a ridiculous over-preparer. I carried with me a photocopy of my license (front and back), my passport, the credit card I’d used to make the reservation, my insurance card and my auto registration. “I’m sorry,” the girl behind the counter intoned. “Florida law prohibits the rental of an automobile to a person who doesn’t have their license with them at the time of rental.” I asked to talk to a manager and a polite woman emerged to confirm that she “couldn’t rent the President of the United States a car if he didn’t have his license physically on him at the time.”

I was dazed. Taxi fare would be over $300 roundtrip, a charge I couldn’t bill to the client since this was my mistake, not theirs. That’s when the manager began to wow me.

“We can get you a driver,” she offered.

“No thanks,” I replied. “I’ll go check at the limo station in baggage claim for myself.”

“No,” she responded. “I mean we can have one of our employees drive you to Jekyll Island.”

“What will that cost?” I asked warily.

“Can I at least pay you for the car I failed to rent?” I proposed.

“Can I pay for the gas?” I inquired, still reeling from the shock of it all.

“Can I pay the person who takes me?” I begged.

“No, it will be an hourly employee already on the clock,” she said, sensing that I was running out of ammunition.

I launched my final salvo: “Can I tip the person who takes me?”

“That’s up to you,” she surrendered.

Twenty minutes later a nice woman drove up in the car I was unable to rent, helped me load my luggage in the trunk of the car, and drove me 70 minutes to the front door of the Jekyll Island Convention Center for my presentation. I offered her $20 for her time and trouble, but she declined, placing a business card in my hand and a metaphorical cherry atop the whole affair:

“Mr. Riggs,” she said with a smile, “if you have any trouble getting back to the airport tomorrow, call us and we’ll come get you.”

That was customer service delivered with the style and flair of a Broadway musical: enchanting, jaw-dropping and unforgettable.

That’s what I call Positively Magical Service, the kind that goes above and beyond the call of duty.

One of the grandest illusions swirling around the topic of customer service is that good service will be rewarded. This seemingly obvious statement is actually a misconception. Good service, in reality, is the norm. It is expected and it will be quickly forgotten. If I walk into a convenience store to purchase a Pepsi, I hand the clerk $1.29 and he hands me the drink. I leave feeling no sense of indebtedness to the clerk, just as he feels no particular sense of gratitude to me. The event is forgettable because the transaction was entirely devoid of two critical factors: relationship and emotion. It was an even-steven trade and an hour later neither of us can even remember what the other looks like. The vast majority of business interactions are of this variety. They don’t impress customers positively; they merely avoid affecting them negatively. But it is not enough to merely avoid frustrating your customers, which is merely to institutionalize mediocrity. One must go a step further and delight or amaze the customer.

The only type of service that engenders customer loyalty is the type that wows, a moment of pure magic that shimmers in the memory and produces a shot of endorphin the way your first kiss did. Events of this nature stands out in the mind because they are so completely unexpected, so above and beyond the norm, so different.

Learn how Billy Riggs can teach your people how to provide Positively Magical Service here. Or call 512-750-6339.